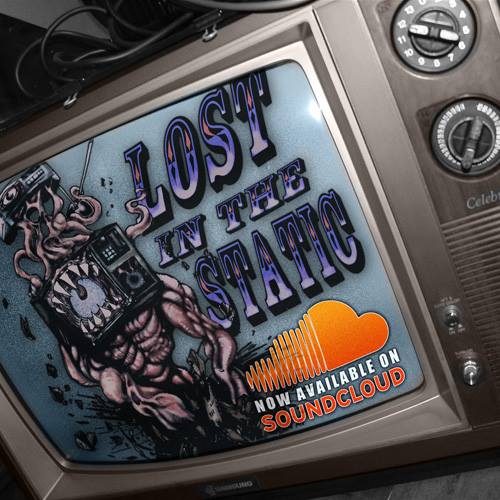 Lost in the Static is truly one of the greatest podcasts I’ve ever listened to and it’s taught me about media approximately the same amount a year of college has. The hosts are interesting and knowledgable, not to mention controversial. If your commute to work or school needs some entertainment then check them out here:

If you like them then please sponsor them! I strongly believe in supporting artists and with the amount of content they’ve provided me it’s well worth it. Donate here:

A maniac murders teens when they refuse to forward chain mail.-imdb.com

In an attempt to come up with a horror movie that would actually scare this generation, I stumbled across the concept of using our technology against us. The idea of being hounded or even abandoned by this crutch of life would, if played right, make for some good scares or at least a thought provoking story. Deon Taylor, director of Chain Letter, has taken this concept and twisted into an old man’s rant at teens for their “new-fangled technobizzy” then proceeded to shit all over it and smash it to a pulp not unlike how I want this film to look after I get my hands on it. Chain Letter is a poorly made, mean-spirited mess of a movie that fails to live up to its pretentious message.

Now for being a 2010 low budget horror film called Chain Letter one should not expect the acting to be good or the characters developed. And believe me, expectations are met, however one would expect that the teenagers would look less like they were fresh out of college and more like they are oh… I don’t know… high school students! The accentuated racks on these “girls” are only rivaled by those in High School of the Dead and the men have facial hair that should be in an Old Spice commercial. The characters are… big shocker… fucking obnoxious! It’s that annoying cliché that has continued to survive through this decade where we refuse to develop people we actually care about and rather have targets that we can enjoy seeing getting slaughtered. The writers and directors always seem to forget that we have to spend a whole movie with these people, and the best they can offer in compensation is someone so bland they leave no impression at all, rather then a bad one. The movie is adequately made, but its more artistic flairs are all annoying. The overuse of chains. The overly long title sequence. That’s used twice. Seizure inducing cutaways that in a TV show would signal a commercial break. Special effects that awkwardly alternate between goofy and grotesque. These continually failed attempts to be stylistic end up getting no more of a reaction then a raised eyebrow and a disgruntled sigh.

Where this film ultimately and truly fails is the writing, both in the plotting and its message. Taylor seems to be using the anti-technology motivations of the killer not to satirically promote technology or provide a cautionary tale, but rather as a scorning of the current generation for being so arrogant. This mean-spiritedness, whether it was intended or not, is interwoven throughout and as a member of that generation I was taken out of the movie by it. I don’t needed to be ranted at that I’ve lost so much privacy and that I’m trusting the internet too much and that I can be tracked with my phone and that every bit of personal data could be stolen by a hacker. I’m aware of the consequences of my actions on the internet and a good chunk of my generation are too. Don’t get me wrong there are still plenty of people who act like complete assholes on the internet or bully or what-have-you, but they at least know that hey, I could get hacked. The idiocy of all the characters that “abuse” technology and the outstanding cleverness of those who don’t (yet do since they use it to start the chain letter) is a marked indicator of this, but odds are I’m just reading too much into amateur writing.

I dislike my generation, but to see us represented by a director who has no idea how teenagers act is weirdly insulting. The concept of a video game lounge, studying at an arcade and two girls calling each other “slut” and “bitch” are all the exceptions, not the rule when it comes to any generation, not just ours. We’re not all spoiled rich kids, and for someone who “is up to date on the state of technology” you would think that he would notice that it’s actually the opposite with the state of the economy. If it weren’t for these grandiose claims about technology and generalizations that are made, I wouldn’t care about any of this stuff but, like plot holes, you notice these things when the movie can’t get you to be immersed in it. In fact the very premise of how the killer operates seems nonsensical, after all how is it that those who blindly follow technology and just forward chain mail are those worthy to live? And as for surviving the email, why wouldn’t you just forward the chain mail to people in a foreign country? The killer’s not there now is he? But nooooo that would be far too much logic for these idiotic characters and this idiotic movie.

Chain Letter is not worth your time, unless you feel like being condescended to by a toddler. The pretentiousness required by a filmmaker to put a Nietzsche quote before their low budget email slasher movie is ridiculous. The plot is inadequate, requiring complete stupidity from characters to push it along. Luckily there’s a large supply of that thanks to the either boring or obnoxious over-age cast. The message is convoluted, exploiting serious issues in today’s society just so it can shit all over them. Don’t watch this, and don’t let your friends watch this, it’s not even riffable and for a slasher film, that’s saying a lot.