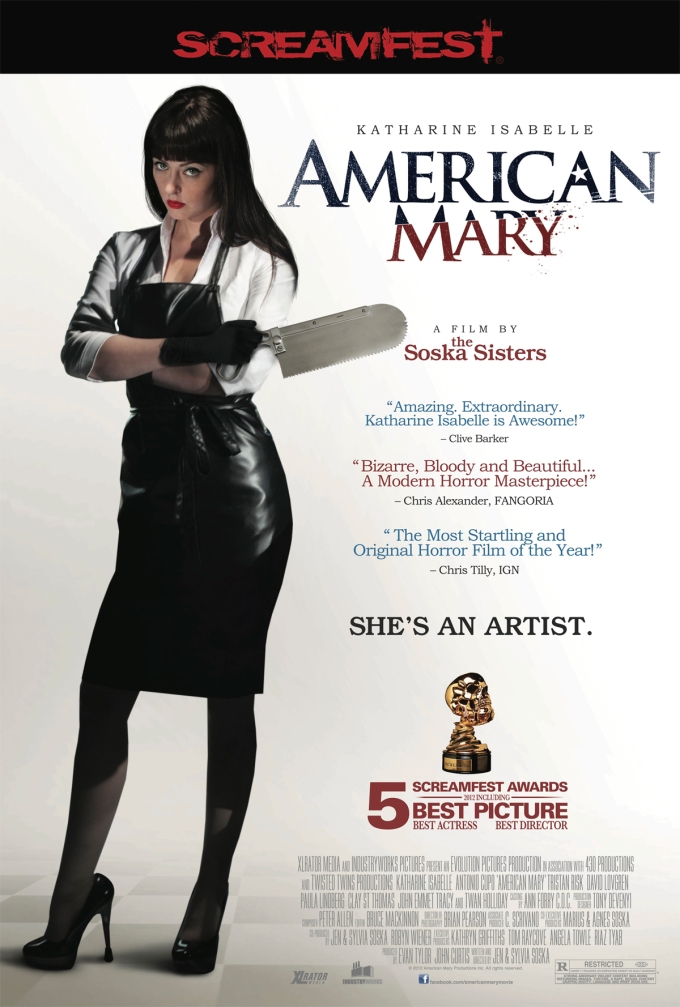 As some of you may know, I frequently attend anime conventions, spreading the Gospel of Geek Juice through the handful of panels I do. One of my more popular ones panels is “Japanese Horror: Anime vs Film” where, as the title suggests, I discuss horror anime, or the lack thereof, and the tropes and history of J-horror in general. Inevitably I’m asked questions about my thoughts on Movie A or if I’ve seen Movie B, but there’s one question in particular I love to get asked: “What are your thoughts on modern horror and the state of the industry?” It always provokes great discussion, but no matter the path that discussion takes the conclusion is usually “Indy horror is where it’s at.” However, if you asked me to name a handful of great Indy horror films from the last few years I’d be hard-pressed to think of many. It’s partially because I haven’t seen much, partially because the majority of what’s out there is low quality and derivative, and partially because I rarely even hear names of good horror movies thrown around for me to blindly recommend. In complete contrast to this, American Mary is a title I’ve heard about since its release, and many people I respect have called it an amazing film. Directed by the Soska sisters, American Mary shines brightly as a great example of what Indy horror can and should be, giving me hope for the future of horror.

American Mary‘s titular Mary Mason is a med student who is severely lacking in funds. In desperation she turns to stripping, but doesn’t even get the chance to do that before her would-be boss Billy whisks her off to save the life of a friend of theirs, of course compensating her $5,000 dollars. Beatress, a… shall we say “unique” individual obsessed with looking like Betty Boop, hears about Mary’s skills and commissions her to perform some body modification on a friend. From here on Mary finds herself teetering on the edge of the wild world of extreme body modification, but isn’t pushed in until she’s drugged and raped by her professor, Dr. Grant. Mary and her world are now forever changed as she sets out to be a successful surgeon in a drastically different way then she had planned.

Ignoring all eloquence on my part, let me simply put that American Mary just works. The premise works. The characters work. The film itself works. The Soskas clearly have an understanding of the technicals of cinema and use various techniques to create effective and unique scenes. At the beginning of the film when Mary saves the life of the criminal, she rushes home, pausing when she enters. After the chaos and fast editing of the surgery sequence, the Soskas give both Mary and the audience a second to take in everything that just happened and in that moment we understand every thought and emotion running through Mary’s head. They take the very weird surgeries that make up body modification and pull them into the realm of horror, not through gore as most would, but by concentrating on the violation done to a body in the process.

Mary herself is the crowning achievement of the film, easily being one of the finest horror protagonists I’ve ever seen. She’s not only more human than almost every character I see in horror films these days, but also far more likeable and realistic than most modern protagonists in Hollywood films. Katherine Isabella brilliantly brings Mary to life, but unfortunately she’s not in good company because while the other actors play their roles just fine, they lack the certain energy that Isabella/Mary have.

The film is fairly well paced, cutting off the fat and showing us the essentials of Mary’s descent. Like in a Scorsese film the scenes feel like episodes that all add up together to create a completed story. Unfortunately, American Mary doesn’t hold up its pacing forever and in its second half stumbles, leaving you with an anti-climatic ending. For some this would ruin the film, but if you keep in mind the Japanese philosophy (going back to the beginning) that the journey is more important than the destination, then you’ll most certainly find the rest of the film worth it.

ne may want to push a feminist agenda onto this film due to the creators behind it and its content, but I never once thought about examining this film through that lens while I was watching it. Plot wise it feels like a standard, albeit improved, rape/revenge film and there are few scenes that provoke further analysis. There has been a notable lack of female directors in horror, but the solution to this problem is not to make feminist horror movies or prove that female directors are better. Rather, we need more movies like this one. Movies that prove nothing more then that the director, who happens to be a woman, can make a damn fine movie.

I may not have seen the largest number of Indy horror films, but I’d wager that American Mary stands out not just from all indy horror, but from all film. It’s cold without losing emotion, clinical without losing passion, and sophisticated without losing the rawness we expect from horror. There has come to be a large difference between the standards we judge modern Indy horror by and the horror classics by, but American Mary holds up against all standards. It’s one of the finest modern horror movies I’ve seen and one I’ll be returning to even when it’s considered a classic. It’s the kind of film I’m proud to bring up in discussion and I hope that inspires more directors to create films in its spirit, eventually leading us into a world where indy horror can stand tall and proclaim that it really is where good horror’s at.

What are your thoughts on American Mary or modern horror, Indy or otherwise? Sound off in the comments below!
This review and others like it can be found over at the ever amazing Geek Juice Media, for more movie and TV talk head on over to Buck On Stuff, and for more horror go to Hidden Horrors!